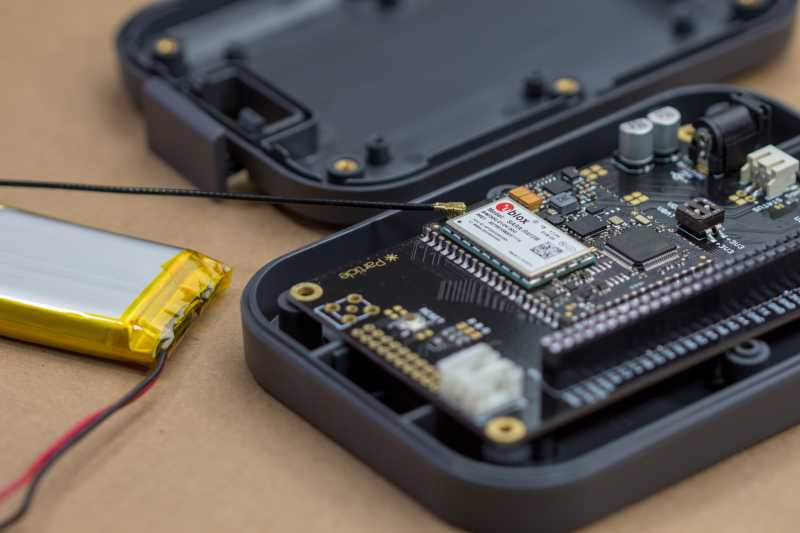 Particle provides an open cloud API for simple integration of its platform with third-party solutions and export of data. Thanks to our flexible input APIs, Clarify can be easily connected to Particle, providing a cost-efficient and simple way of getting value from the time series IoT data sent to the platform.

Clarify makes it easy to visualize time series data from your IoT network, access it on web and mobile devices, as well as sharing data to other people. With Clarify, your organization can focus on key business goals instead of configuring dashboards or developing expensive custom solutions.

Particle (legal name of the company is Particle Industries) was founded in 2012 by Zach Supalla and Zachary Crockett. Particle is headquartered in San Francisco, the United States, with offices in Shenzhen (China), Minneapolis, Las Vegas and Boston.

In 2013, the company launched its IoT platform. According to Particle, its product is currently the most widely used integrated IoT platform in the world, supporting more than 8,500 companies and over 250,000 developers worldwide. Particle claims that more than half of companies listed in Fortune 500 deployed connected IoT devices powered by Particle, while its customers also include NASA and SpaceX.

Particle has a number of hardware solutions for IoT developers. One of the main hardware tools by the company is Particle Photon, which is a microcontroller, equipped with a WiFi connection chip and a small amount of memory. It is used to interconnect various IoT network components to enable centralized control and analysis.